For many businesses, the last quarter and early onset of holiday cheer promises a gradual wind-down towards a much sought-after break. But not for ecommerce creators. For most of you, this period is instead crammed with more opportunities for connecting with customers than at any other time, with established festive and cultural calendar dates and events presenting a chance to sell, sell, and sell again. Beyond knocking Q4 out of the park, it is also essential to start planning in advance for the big-ticket opportunities falling in the first few months of the new year.

We’ve put together a list of key holiday shopping dates that can offer opportunities at the end of this year (and the start of the new one). We’ve also made some suggestions for how you might turn these dates to your advantage. As Gelato makes it easy for you to expand your global reach through local production across more than 100 production hubs around the world, we recommend looking beyond familiar reference points and consider selling to new and previously unexplored markets. Customers across the world deserve to enjoy your products! 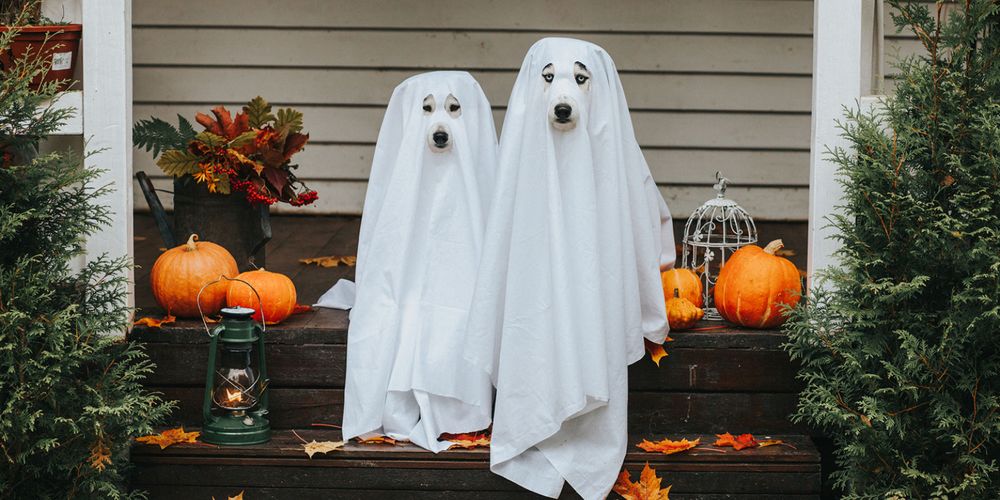 A Christian festival marking All Hallow’s Eve, but believed to have its roots in ancient Celtic harvest festivals, Halloween grew amongst the Irish and Scottish migrants to the US and became an institution. Characterized by trick-or-treating, attending Halloween costume parties, carving pumpkins into jack-o'-lanterns, lighting bonfires, apple bobbing, divination games, playing pranks, and visiting haunted attractions. The cultural impact of Hollywood has seen Halloween exported across the world (having become the UK’s third-largest retail season after Christmas and Easter).

The pandemic made 2020’s Halloween a comparatively muted affair, which is why this year’s spooky season is predicted to provide an even greater release than ever, with US consumer spending on Halloween-related items anticipated to reach an all-time high of $10.14 billion, up from $8.05 billion in 2020.

How to make Halloween frighteningly successful

Costume and pumpkin retailers might seem the most obvious beneficiaries of this season, but for Halloween - as with many of the events listed on this page - the opportunity lies in connecting with the broader cultural phenomenon (and the associated consumers with a willingness to spend).

Even if you might not consider your store to be particularly spooky, the prevailing marketing and social media theme of Halloween offers an excuse to be inventive and humorous about how you showcase your products. When it comes to Halloween, anything goes...

Consider using Halloween as a way to showcase your company culture, and to introduce some of the people behind your brand. You won’t be alone in using social media to celebrate how your team is marking Halloween or to start debates about the spookiest movies. 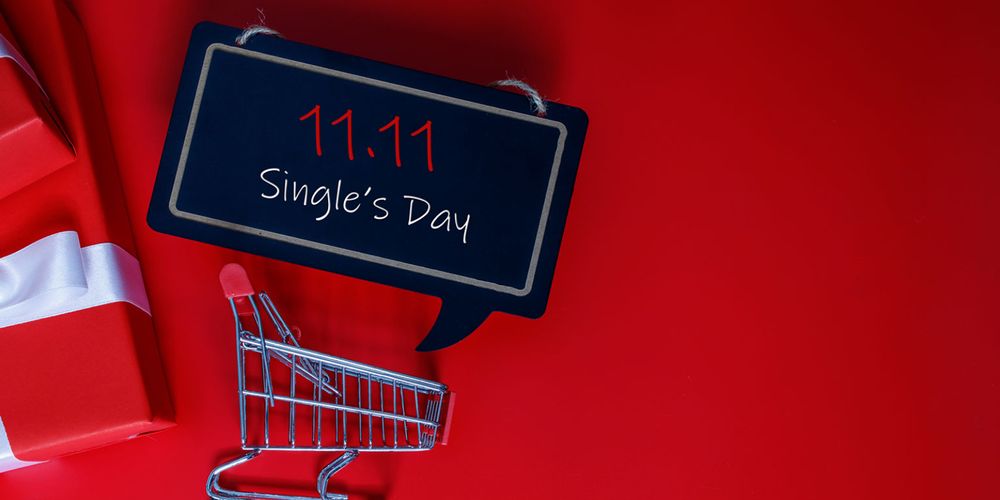 Originally called Bachelors' Day, this is an unofficial Chinese holiday and shopping season that celebrates people who are not in relationships and is an “anti-Valentine’s Day”.

One origin story is that in 1993, four single male students of Nanjing University's Mingcaowuzhu dorm discussed how they could break away from the monotony of being single and agreed that November 11 would be a day of events and celebrations in honor of being single. These activities spread through the university and eventually made their way into wider society. The spread increased with social media use, and the event has become increasingly popular within contemporary Chinese culture and society.

The event has become the largest offline and online shopping day in the world: in 2020, Chinese ecommerce giants Alibaba and JD.com declared $115 billion in sales across their platforms during the Singles Day shopping event, both setting new records.

The day has grown beyond China, particularly in South East Asia, where it is a key retail event in countries such as Indonesia.

How to find customer love on Singles Day

Outside of Asia, it is still early days for this ecommerce season, and it hasn’t fully caught on globally. But it might! Consider any attempts to engage with Western consumers around Singles Day to be experimental, but worth exploring.

Gelato does offer the opportunity to produce and deliver customized products in the areas where Singles Day is already an established shopping event, making it a great opportunity to tap into Asian markets. 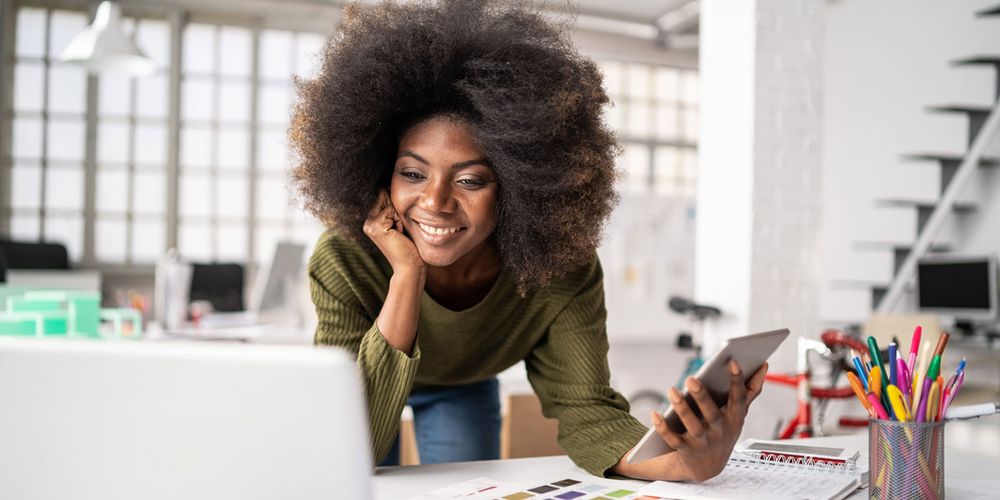 First observed in the United States on November 27, 2010, Small Business Saturday encourages holiday shoppers to support brick and mortar businesses that are small and local. It is a counterpart to Black Friday (which features big-scale retail companies).

It was created by American Express, in partnership with the non-profit National Trust for Historic Preservation, Boston Mayor Thomas M. Menino, and Roslindale Village Main Street. In 2013, powered by the success of Small Business Saturday in the US, an equivalent day was launched in the UK.

How to make Small Business Saturday work for you

The day was created to elevate the stories of independent entrepreneurs, so remind visitors that your store is one of these.

In advance of the day, explore the options for being listed as a participating small business: make sure that people can find you on Small Business Saturday. Your social media posts should leave existing and potential fans in no doubt as to your participation. 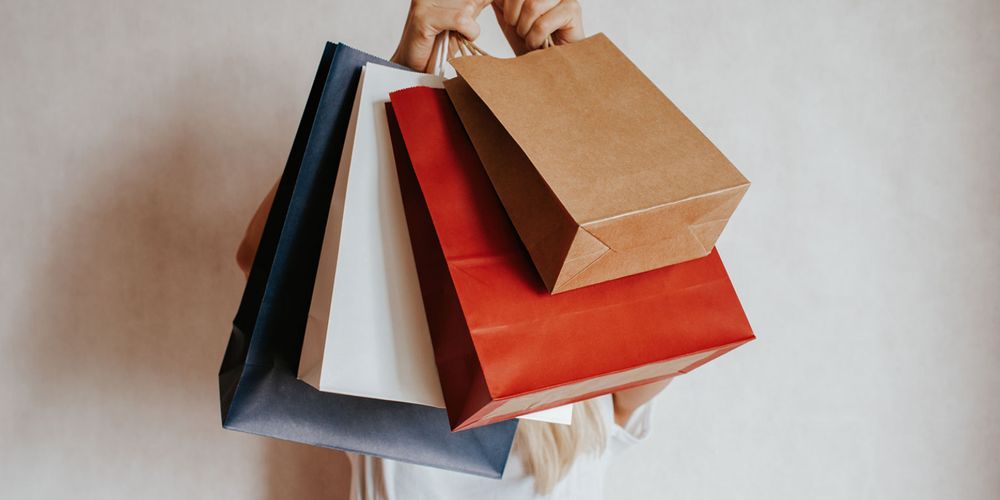 Cyber Monday has become the online equivalent to Black Friday and offers a way for smaller retail websites to compete with larger chains. Since its inception, it has become an international marketing term used by online retailers across the world. Cyber Monday in 2020 proved the biggest online shopping day in U.S. history with a total of $10.7 billion in online spending.

Though born in the USA, these are now established retail calendar dates in Canada, UK, Australia, New Zealand, India, Japan, and several other countries across the world.

How to make Black Friday and Cyber Monday work for you

Though Small Business Saturday is perhaps more thematically relevant to most ecommerce entrepreneurs than Black Friday itself, your store deserves a piece of the broader traffic and activity.

Research has suggested email open rates around the Black Friday weekend exceed 60 percent. As such, it is the best opportunity of the year to reach customers directly: promoting deals, offering special discount codes, and keeping both loyal or occasional shoppers informed of your offering.

If you are planning to take advantage of Small Business Saturday, then make sure that your in-store branding and offers change once the day is done, meaning that you are ready to take full advantage of Cyber Monday. This could be a great time to expand your product catalog and add new designs and products. Have you for example explored our new drinkware collection or sportswear items? 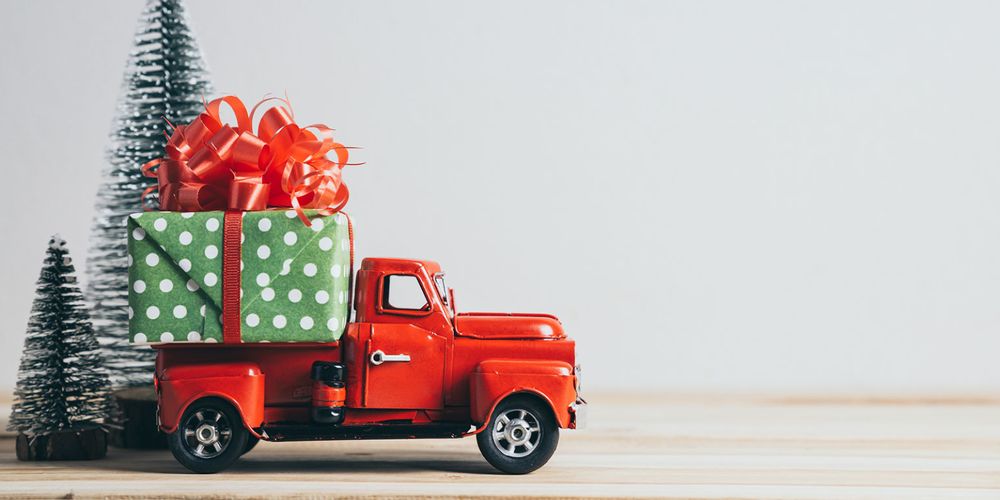 A visual gimmick such as a countdown timer to last orders will focus your customers on making a timely purchase. Also make sure to guide your customers to any other relevant holiday practical guidelines or info. We have made it easy for you by crafting this holiday page where you can find all the updated info and inspirational content. 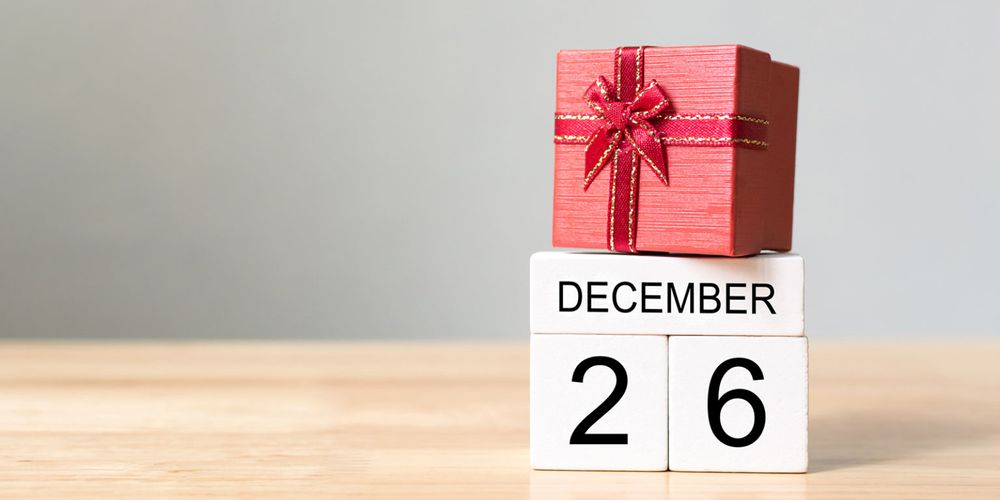 In the UK, Canada, Australia, Trinidad and Tobago, and New Zealand, Boxing Day is well-established as a shopping holiday. Boxing Day sales are common and shops - traditional or online - often present price reductions and special offers. For many sellers, Boxing Day has become the day of the year providing the greatest revenue.

How to make Boxing Day work for you

Boxing Day is all about sales, so elevate the position of the best bargains. Clearly show the scale of the discount.

There is also a tradition for retailers to showcase new and non-sale items in close proximity to those discounted, so clearly delineate between products on sale and full price, but avoid your entire online store resembling a discount warehouse! 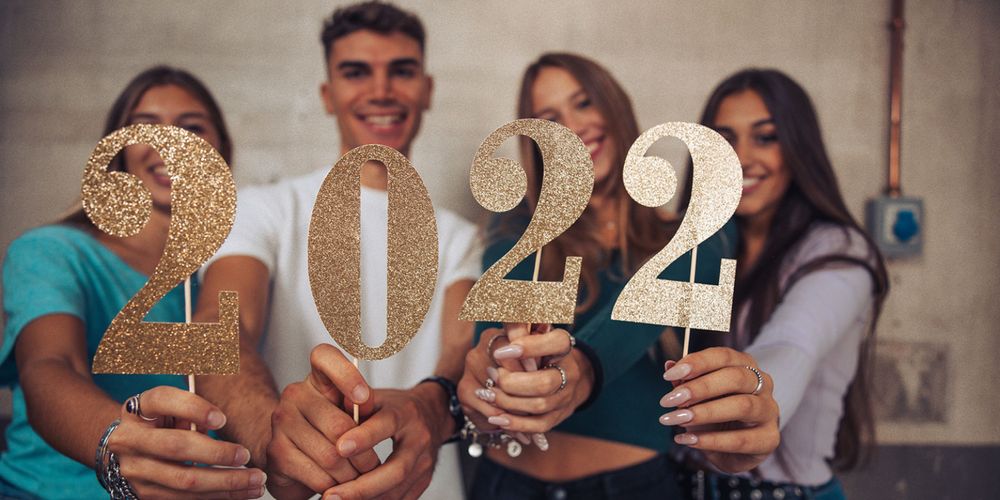 Consider if you can present your products as conforming to this ‘new year, new you’ theme. Posters and canvases that can enhance their home office? Or how about sportswear or reusable water bottles that can contribute to a commitment to healthy living? Check out our product catalog for great product ideas to give your customers a fresh take on the new year. 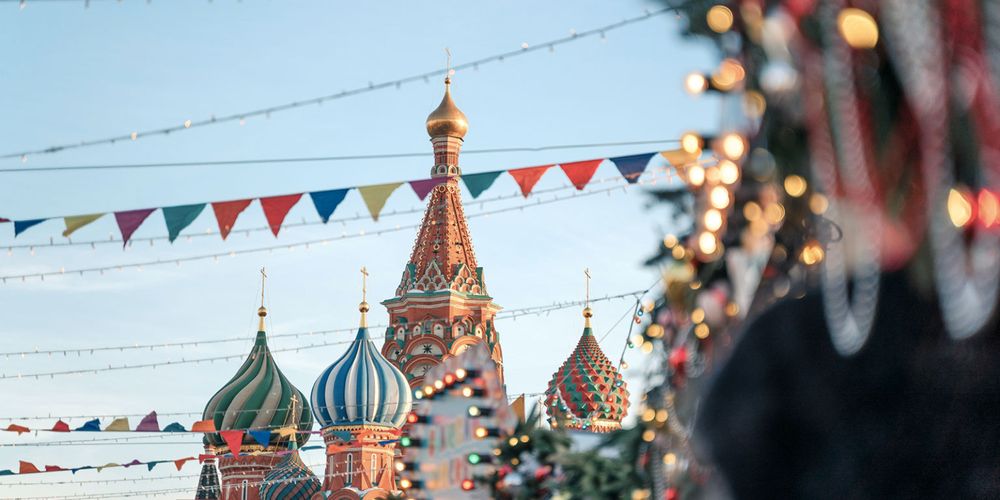 Many Russians are fortunate to enjoy two Christmases and even two New Year's celebrations; the first Christmas on December 25, and the second New Year's on January 14. Any public trees—like the Christmas tree in Moscow's Red Square—primarily represent the New Year.

If you have established sales in Russia, you are likely very familiar with these dates and have developed strategies.

If not, then consider the issue of different last order dates for (Russian) Christmas delivery (and ensuring that you have a dedicated Russian language version of your store). 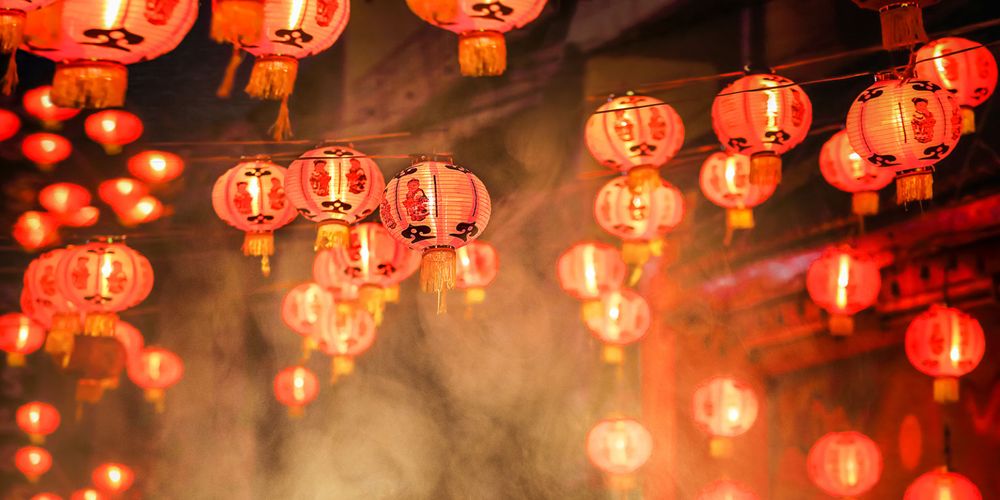 Also known as Spring Festival or Chinese New Year, Lunar New Year is a festival that celebrates the beginning of a new year on the traditional lunisolar Chinese calendar. Lunar New Year is one of the most important holidays in China, and is also celebrated in countries across the world in nations with significant populations of Chinese descent.

Lunar New Year is an extraordinary chance to break into an ecommerce market which, according to Statistica, is predicted to total US$1,260,539m in 2021.

Having a Happy (Lunar) New Year

In 2019, there were 713 million social commerce users in China, with 35.7% aged 24 or below. The younger generation is forcing a shift in how ecommerce develops and is an important demographic to consider.

Mobile is key. According to Statista, in 2020, there were 897 million mobile internet users in China and a 79.7% ecommerce penetration rate. There is a link between the number of consumers who use the internet on their mobile and the accelerating online shopping rate, resulting in the steady growth of mobile commerce in China.

Though not originally a shopping holiday, Chinese New Year includes gift-giving and an extended downtime means more time to shop. Businesses tend to roll out limited editions or new products to commemorate the spring festival and encourage consumers to purchase

Most importantly, as China has the world’s biggest population, don’t enter this market unless you are actually able to process potentially huge numbers of orders in the run-up to Chinese New Year! 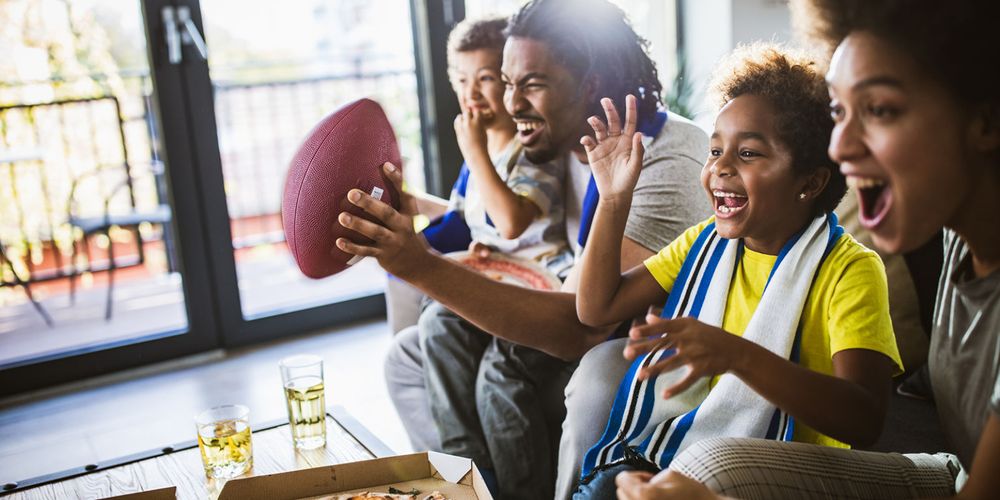 The Super Bowl is the championship game of the National Football League (NFL) and the most-watched program on TV in America every year.

The sport’s popularity is growing internationally meaning that though a pivotal US cultural and retail date, it can offer opportunities across various markets. According to a 2013 survey, 21% of Canadians said they followed the NFL "very closely" or "fairly closely"; the NFL claims 16 million fans in Mexico; it is played in high schools across Japan, and over 4.4 million Britons watched the Super Bowl XLVI.

You might not have the estimated $150,000 per second for advertising during commercial airtime during the event, but ecommerce entrepreneurs can get involved.

How to score a touchdown on Super Bowl Sunday

Promotions and discounts are often offered by companies that have no direct connection to the sports, food and beverage industries. As with Halloween, the cultural phenomenon of Super Bowl Sunday makes social media associated promotion - however indirect or irrelevant a product might seem - not only acceptable, but expected.

As millions gather with family and friends in front of televisions, think about whether any of your products can be legitimately presented as enhancing this experience. How about promoting your new drinkware collection for family gatherings, or tshirts that customers can personalize with customized text and cheers for their favorite teams (remember to also guide your customers to respect copyrights and only include original content).

Is your calendar ready?

Which holidays are relevant to your ecommerce store? Start planning your marketing to get ahead of the game and win the upcoming peak season. Find more resources and inspiration on our Holiday Preparation page and check out the product catalog to add new products to your store. Happy creating!

Why personalized gifts will make a lasting impression

Ready to take your ecommerce business to the next level?

Embrace the power of local to win this Holiday season